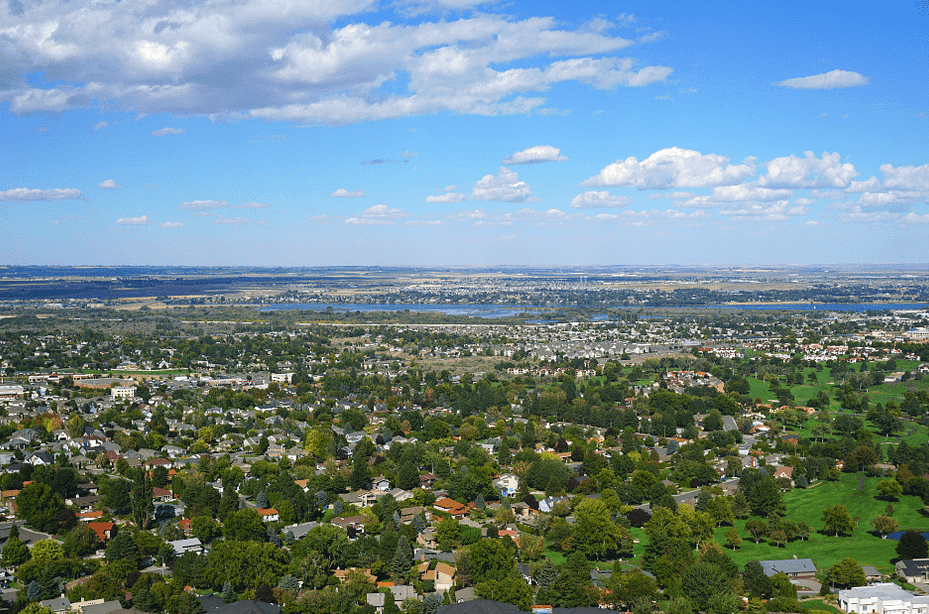 What is the Hanford Site?

Hanford, Washington isn’t actually a city, at least not anymore. In 1907 it was settled and existed as a small railroad town. In 1943, the federal government decommissioned Hanford, Washington and designated it as a nuclear facility site. It’s a fascinating history and can be read about in full detail here.

Today the Hanford site provides employment for thousands and thousands of residents from the Tri-Cities and surrounding towns. The clean-up of nuclear waste from World War II and the Cold War is an ongoing process and one that cannot be overlooked. The job must be completed in order to save the nearby Columbia River that eventually feeds into the Pacific Ocean from being contaminated by nuclear waste.

Moving to the Tri-Cities, Washington?

If you find yourself moving to the Tri-Cities, Washington to start a job at Hanford, you’ve come to the right place. We’ll help you figure out where the best place to live is for your situation. And we promise, it really is beautiful here.

Where is the Hanford Site?

The Hanford Site is located in southeastern, Washington. It’s north of the Tri-Cities along the Columbia River. Depending on which area you work in at the site, the commute to the Hanford site varies. Depending on whether you buy a home in Pasco, Kennewick, Richland, or West Richland, your commute will be anywhere from 30-60 minutes depending on traffic. Plenty of time to listen to an audiobook or podcast!

Shortest Commute to the Hanford Site

If a short commute is your number one priority, you’ll want to live in north Richland. It will give you a quick 20-30 minute commute to the site and you’ll be able to beat the notorious traffic that drags through central Richland toward Kennewick and Pasco.

Let’s take a look at some north Richland neighborhoods.

Horn Rapids is a master planned community consisting of about 835 acres including parks, green belts, pathways, a golf course, and a golf clubhouse. There are beautiful homes ranging in size and some still being built today.

You cannot live closer to the Hanford site than living in Horn Rapids. It’s likely the fastest drive to the barricade than any other neighborhood in the Tri-Cities. It’s also a 10-15 minute drive to booming West Richland, just across the Yakima River, where you’ll find shopping, a movie theater, restaurants and more. You’re also about a 10 minute drive away from Kadlec Regional Medical Center in central Richland along with beautiful parks along the Columbia River. The closest High School is Hanford High which happens to be next door to WSU’s extension campus in the Tri-Cities.

One word to describe homes in the Rivercrest Terrace neighborhood: beautiful. These are older homes in a well-established part of north Richland with mature landscaping and towering trees – something hard to come by in this area. The homes are unique and filled with charming character and are nestled along the Columbia River. If you’re lucky, your home might back up to the river. Parks and walking trails abound and will be heaven on earth for runners, walkers and bikers.

Living in Rivercrest Terrace should only add 5-10 minutes to your Hanford commute and might be well worth the drive to have the beauty of the river close by. You’ll find yourself close to the same amenities in central Richland as listed above – the hospital, smaller local restaurants and bars and a small nightlife. Just a few minutes further is West Richland with shopping, a movie theater, and delicious food.

If you’re looking for a more country feel with wide open spaces and more land to roam, West Richland might be the place for you. It’s a “medium” commute to the Hanford site that bypasses some of the traffic found in central Richland. All residents of Pasco and Kennewick who work at Hanford have to go through central Richland. If you live in West Richland, you can miss that stretch of traffic.

All of these neighborhoods have access to great schools, grocery stores, and shopping centers. West Richland is absolutely booming and is becoming an increasingly popular place to live in the Tri-Cities.

If you work at Hanford, living in Kennewick might just give you the longest commute to work. Don’t cross it off your list though. Lots of Hanford workers buy homes in Kennewick and make the daily drive. It’s about one hour depending on which side of Kennewick you live on.

Check out our list of our favorite neighborhoods in Kennewick. It will give you extensive information on various neighborhoods located throughout the city of Kennewick and which one might best suit your needs.

Kennewick might be a long drive from Hanford, but it’s home to the most shopping. It has the only Costco location in the Tri-Cities, the most restaurants, the mall, fantastic schools, and plenty of parks and activities for all.

If you’re moving to the Tri-Cities, make sure you check out some homes in Kennewick.

Buying a Home in Pasco, Washington

Pasco, Washington has exploded in growth in the last fifteen or so years. New construction homes are constantly being built to keep up with demand and you’ll find beautiful neighborhoods across the city.

The commute from Pasco to Hanford is a similar commute to Kennewick with an approximately 45 minute to one hour drive, depending on where you live in Pasco.

Pasco is home to a few shopping centers, great schools, and sprawling parks next to the Columbia River. It’s a farming community with many neighborhoods built on former crop circles! You’ll also find the local community college, a minor league baseball affiliate team, and the local airport in Pasco.

Use a Realtor to Move to the Tri-Cities

Using a professional Realtor when you’re making your move to the Tri-Cities will help ensure that you’re buying the home that will work best for you and your situation.

At Powell Real Estate Group, every one of our agents has lived in the Tri-Cities for over a decade. Some of us even have spouses who work at Hanford and can give you expert advice on the best commute and place to live for a Hanford worker. We’ll be more than happy to guide you through the process of not only finding the right home, but making the adjustment to living in a new place.